While grading the ground where the old silos and barn were, the previously plugged underground water line started to leak. I noticed a wet spot and started digging the next day, ultimately renting a small excavator to dig six feet down to expose the water line. One the line was exposed it was a relatively simple job to cut the old line and put a compression fitting on the end of the line to seal it up. I'll make note of the location so if I need to run a water line out that direction I can find it again.

The concrete box is a cache basin for the drain that came from the old dairy barn. It's no longer in use and so will be capped and buried. 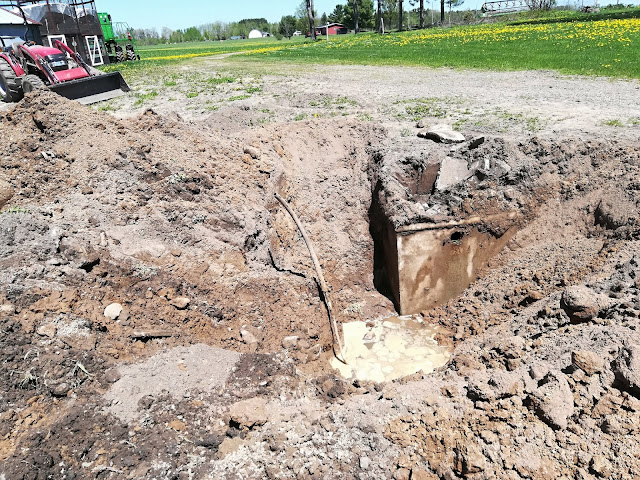 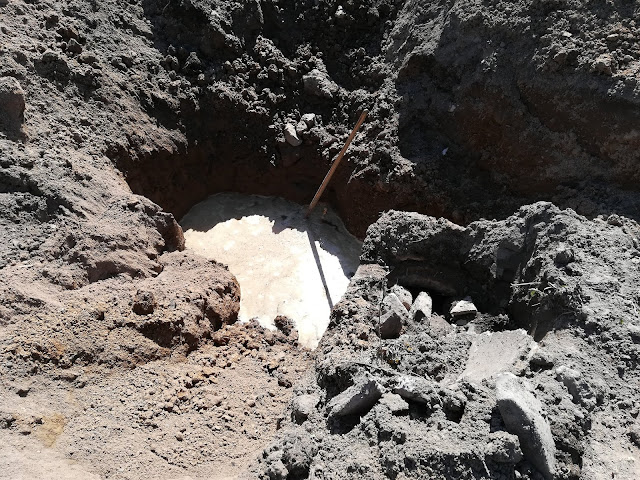 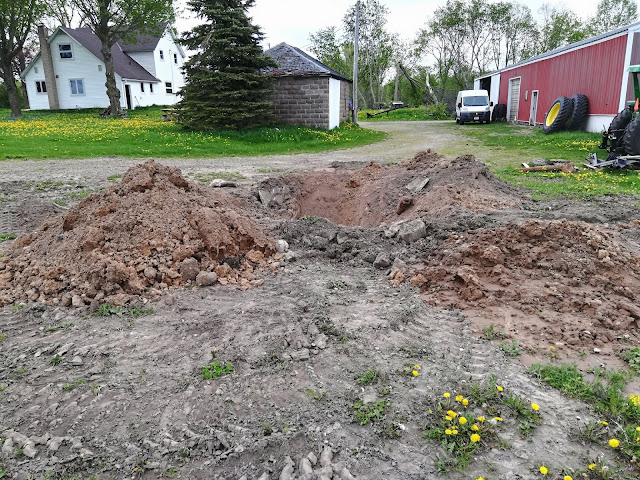 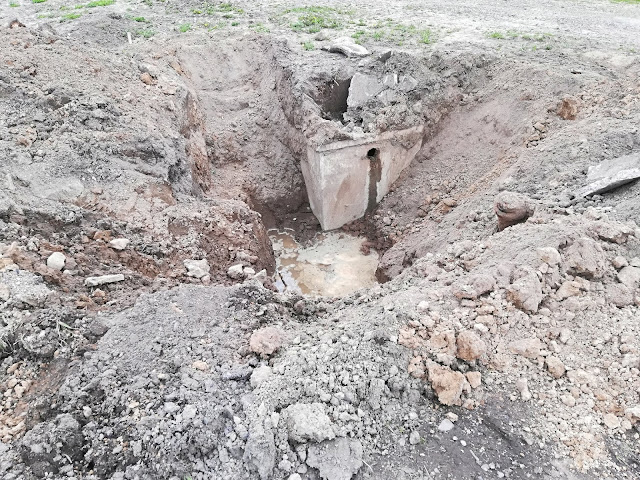 We just finished drilling oats and medium red clover on about 100 acres of ground that is in its first year of transition to USDA Organic row crop production.  The ground, previously in corn, was disced twice prior to drilling.  A lot of rocks were exposed by the tillage and a crew of nieces and nephews/grandkids were hired to pick the rocks. Thanks to Max, Henry, Natalie, Calvin, and George for their help.

Picking rocks is one of the worst jobs on the farm. I'm looking at buying a mechanical rock picker, like this, to make things go a little easier.


The oats act as a nurse crop for the clover, a legume that fixes nitrogen. The oats will be mowed off in mid June along with any weeds that make it through. The goal is to reduce the weed "seed bank" in the soil making it easier to grow weed free in the future. The clover will continue to grow after the mowing and will overwinter. In the late summer of 2021 we will disc the clover under and drill in a "tillage radish" that will do (at least) two things - the root will go down ~ 2 feet, penetrating any soil hardpan created by compaction and/or shallow tillage. Secondly, it should scavenge/soak up the nitrogen we've grown with the clover. That nitrogen will be released back into the soil when the radish winterkills in the winter of 21/22 and become available for the next spring's cash crop.

The idea is to always have a series of different plants growing, then dying, in the soil. This variety feeds the microbes in the soil. Those microbes are in turn what allows us to grow good cash crops. My understanding is that what the bacteria excrete is what the plants feed on. A kind of bacterial fertilizer/manure. Read more here.

As conventional markets are poor, there is an incentive to prepare for eventual organic production by growing a "green manure" for two years rather than a non-GMO transition crop, which is allowed under the NOP Guidelines.

By adding to the soil instead of taking a cash crop off, we are setting ourselves up for a successful organic cash crop in 2022.