A brief summary of how we got to this point:

Damping off/fungus left me with a poor stand of bean plants. Then equipment breakdowns and weather made it impossible to blind cultivate in a timely manner. Result = lots of 5 ft tall weeds (mainly pigweed and lambsquarters) in all the rows plus very few beans.  No weeds in between rows because I could row cultivate.

I originally thought the bin would be done in time so that I could screen the weed seeds out after combining them, but it's being delayed for lack of a few critical parts. So the weed seeds will come back. About 3/4 of my beans are like this. The last 1/4 are fine, as they didn't have disease issues and I was able to cultivate them on time.

On the first few passes, the feederhouse of the combine, a Deere 9560sts with a 625F head, was plugging up. I ended up, on the advice of a New Ag Talk forum farmer "Mr. Red/Green", taking out the upper stripper plates (Deere # H203049, part # 14 in this schematic - https://partscatalog.deere.com/jdrc/s... While not completely perfect, with those two plates removed I could go about 40 acres before having to clean out the partially plugged up sprockets.

I bought this about six weeks ago, used, from another organic farmer after seeing several pictures and being told it was "field ready". I thought I'd have to do some work on it to get it usable, but I've basically had to rebuild the whole thing - pulleys, belts, electrical, screens, bearings, auger, motors(??, not sure about them yet). I'm still waiting on a few parts to make it operable.

I plan on using this to clean out weed seeds from my soybeans. Rather than blowing them out the back of the combine, I'd set the combine to collect everything the size of the soybeans and smaller; this double rotating cleaner would then let me sort out the beans from the other small weed seeds, preventing them from going back on the field where they would germinate next spring. This involves quite a bit more work post combining but is a result of a series of events earlier in the year that led to me having so many weeds in my beans.

Unfortunately, the cleaner won't be ready. Neither, at least in time for the beans, will the grain bin - I'm still waiting on the electrician to run his underground lines over to the bin motors.

I've had to get clever to get some of these tensioning springs installed: 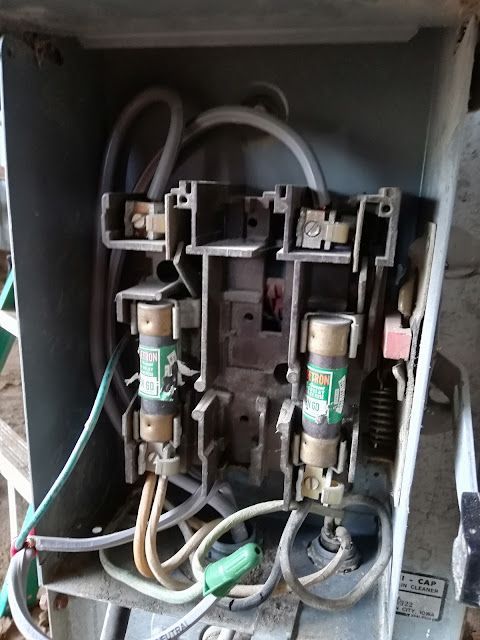 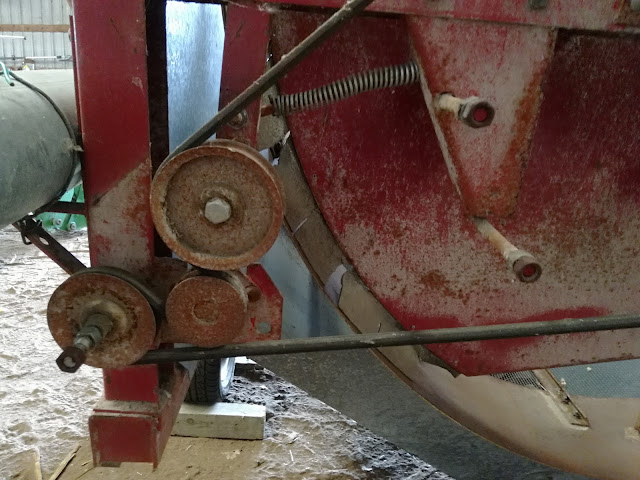 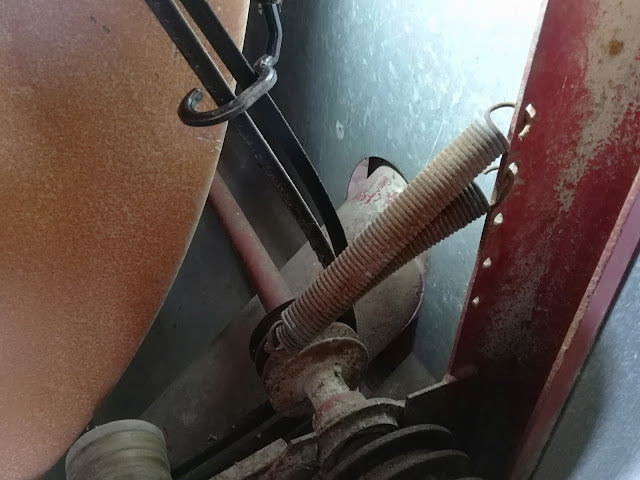 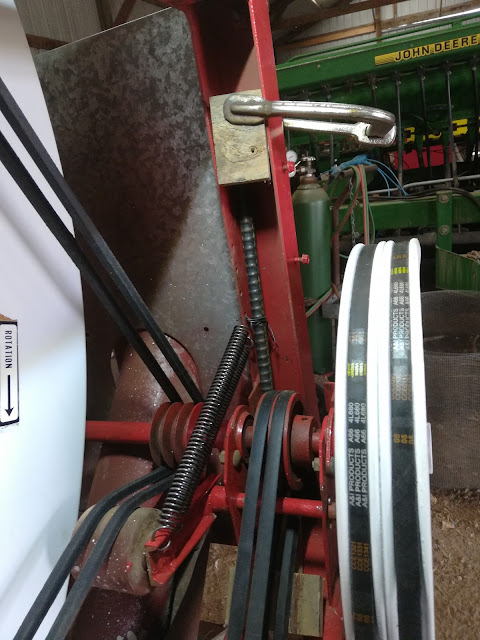 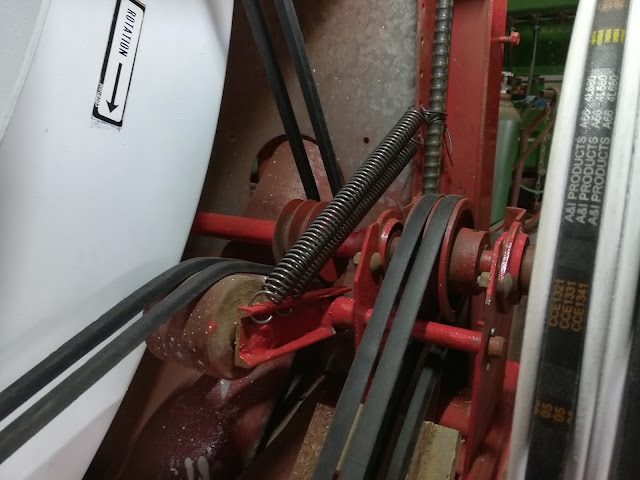 plus a new Lundell Plastics poly cup loading auger. It was hard to get the two 6 foot sections to line up so I could bolt them together. Eventually I got it done. 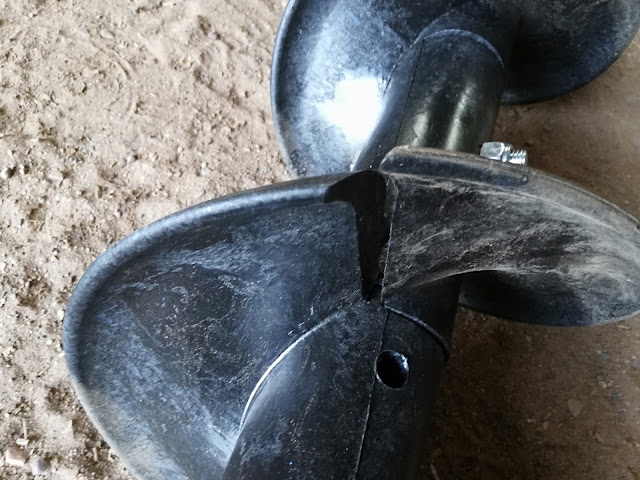 This was my first time drilling Kernza and it was a challenge.

Getting the field worked down from the previous crop (forage peas overrun with weeds) was the first hurdle.  I mowed and then disced the ground in August. The day before drilling my dad ran the field cultivator over everything to knock back any weeds that had germinated.

I drilled it over two days, Sept 7 and 8th. The seed is very small, approximately 63,000 seeds/lb and I was applying it at a rate of 15 lbs/acre. My 750 grain drill has a hard time metering out seeds at that low rate, even with the half speed gears installed. I calibrated the drill by hand several times prior to planting and started drilling a conservative amount/acre, not wanting to run out of seed on the 25 acre field. This meant I had to go over the field 2.5 times to use up the available seed. It was very tedious.

Fast forward to today, when I went out to check on the growth. We've had a bit of rain, enough to germinate the kernza. To my eye, it looks like a poor stand, but I have no idea what a good stand of kernza should look like. We'll see how it comes back next spring. The plan is to harvest the first crop next August.

I underestimated how much work it would take to put this seed into the ground. I've been a part of several conferences and presentations about the possibilities for this crop. All of them seem to gloss over the actual amount of hard work, with so many uncertainties, that is needed to produce this.

The Grain Bin is (Almost) Done.

It's been a while since I've posted anything here; primarily I've been putting up short videos on the farm youtube page.

The bin is up and site is graded. We're waiting on an electrical inspection and then the electrician will bury his lines from the panel over to each of the motors.  I'm not sure if everything will be done in time so I can use it for the soybeans. Several things have to go right for that to happen, and there have been a lot of scheduling delays already, so it's difficult to make plans.

Here is the latest of six short videos.

I made a YouTube playlist where you can see the previous five.