It was a long cold winter, followed by a very short spring. We're about a month behind, weather/temp wise.  As soon as the ground was dry enough I disked the ground that had the heaviest remaining clover residue as well as the area around the old homestead that was previously fallow.  I used the Case 7140. 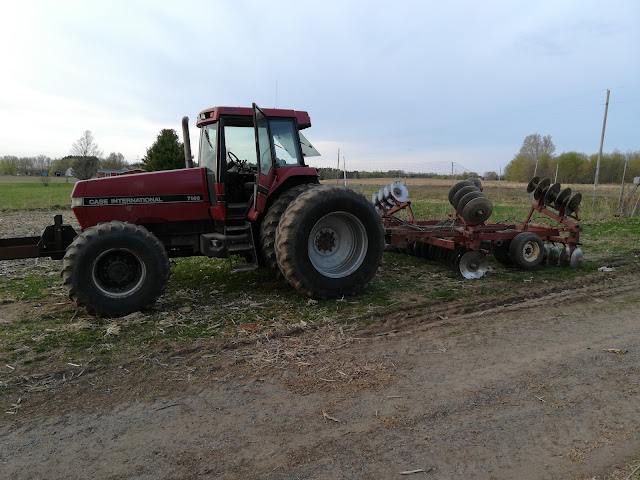 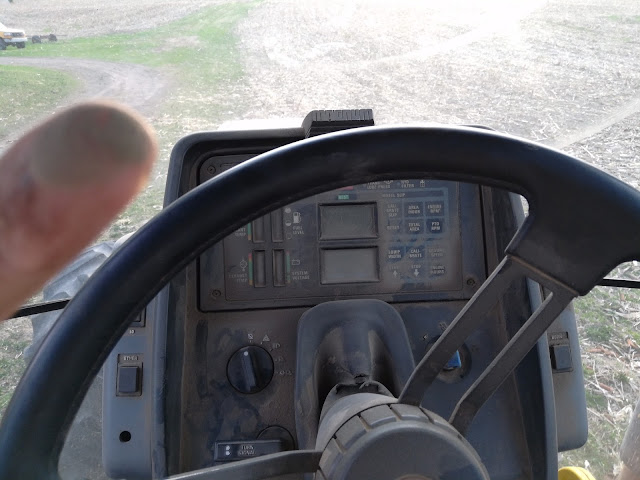 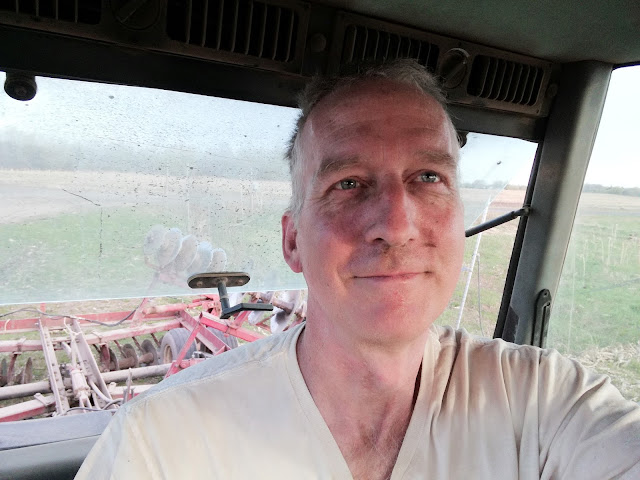 The blower on the fan/vent was squealing badly, so I needed to open the windows to get some fresh air, as it was about 80º outside. The dust got everywhere. 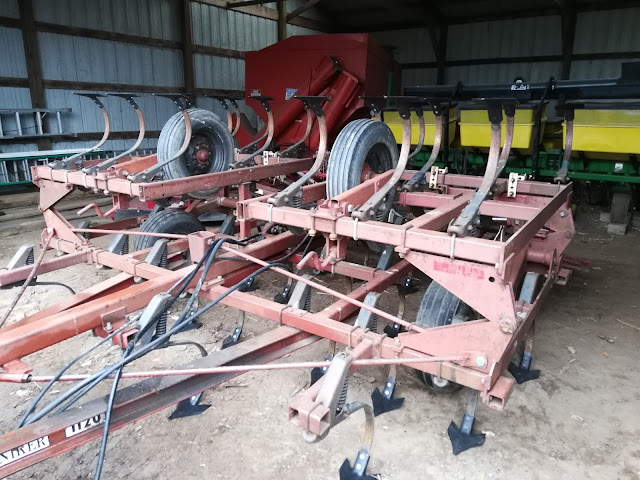 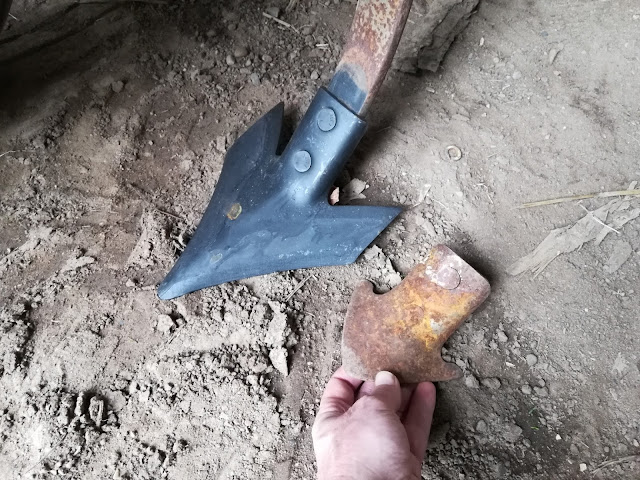 Next up is getting the field cultivator ready. The old sweeps, the part that actually turns the dirt, were badly worn and needed replacing. Forty one of them.  Dad/Gramps and I did that yesterday. It still needs work, a few of the shanks need to be stabilized by welding them to the cultivator frame.  I'll use the field cultivator to bury the turkey manure (applied at 3 tons/acre, for $30 per ton) about 5" below the surface of the soil. That manure should be spread in the next week. Then I'll cultivate, then pick rocks that are pulled up by the field cultivator.

The first thing to plant will be about 8 acres of hay/alfalfa/oats/grasses in various buffers and grass waterways that are needed for conservation/management of water. We'll plant Dad/Gramps' soybeans soon, followed by corn by the end of May. I need the soil temp to be around 60º for the corn to germinate; that's still a ways off. 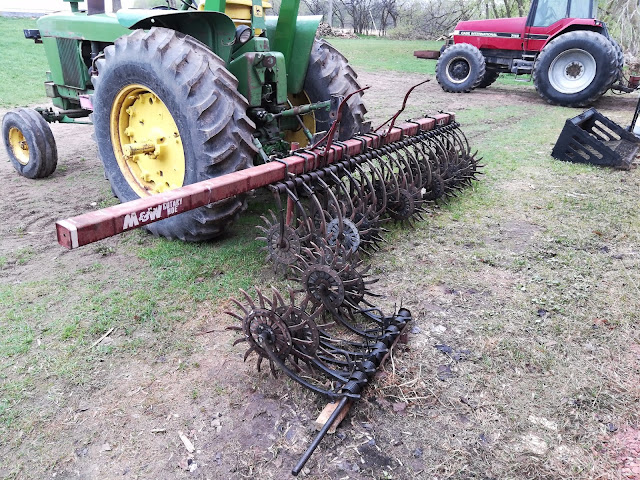 I bought the rotary hoe (above on the back of the Deere 4020 tractor) used from a dealer near Dubuque, IA, after seeing a picture and hearing from the farmer that it "was in perfect condition".  Not true. It needs 18 new wheels (at $43 each) as well as a bunch of torsion springs and bearings. So I've been working on that as well. The rotary hoe is used after planting corn and beans to dig up weeds that are in the row of the planted crop.  It's used before the corn/beans emerge and until the plants are 4" tall. Then a row cultivator takes over. 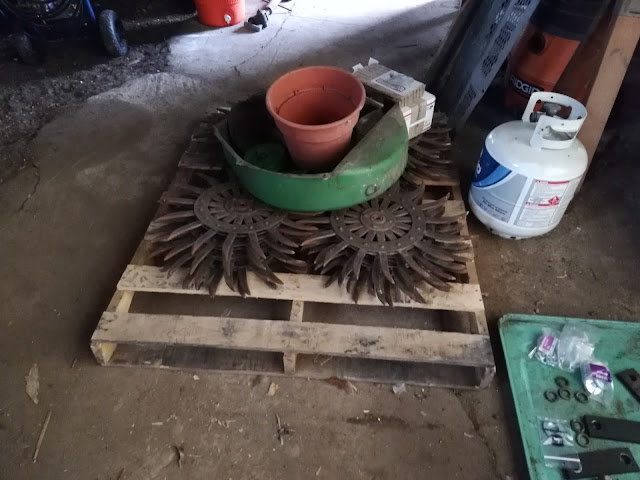 Old wheels taken off. The tips, or spoons, had worn away and as a result wouldn't do the job. There were plenty with bad bearings as well. 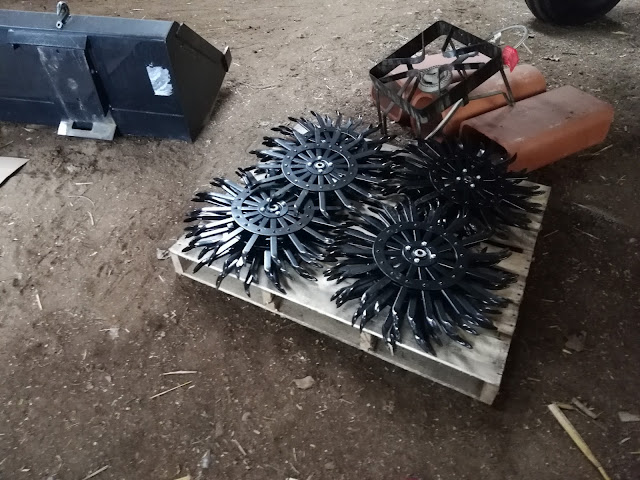 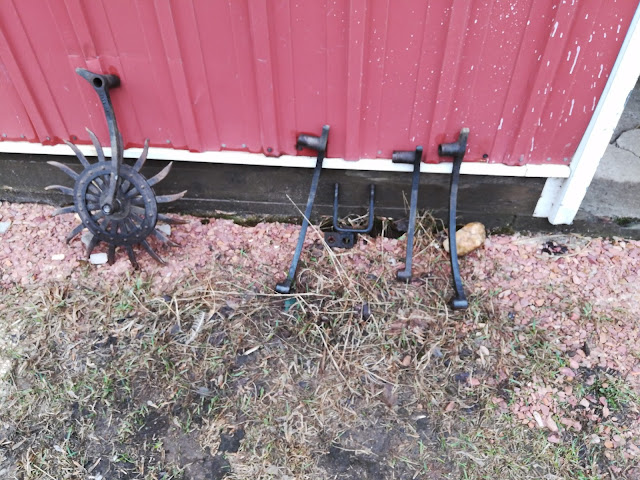 Rotary Hoe parts ready to be reinstalled. The hoe was missing one of the cast iron arms, three are shown on the right, and I couldn't find a replacement so I made a little metal spacer from steel plate and tubing to take its place before reassembly. The missing wheel will be in the center of the row, the weeding it was responsible for will be done with later passes of the row cultivator. 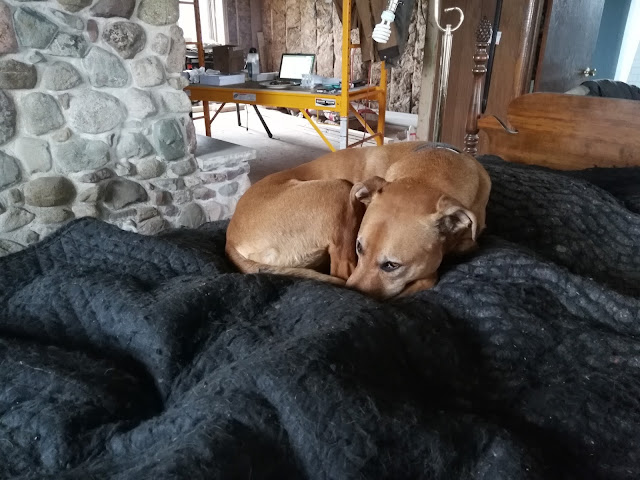 Carl hanging out on the bed.
Posted by Bruce F at 7:53 PM