Cleaning Out the Combine - End of Year

There's a lot of soybean residue and dust that gets everywhere inside the combine. Mice like to eat that, and will overwinter in the combine, eventually chewing up electrical wires. Also, the dust holds a little moisture, and as it sticks in almost every little corner, will eventually rust the machine out if it isn't removed. I don't want to use the pressure washer because of the potential increase in rust.

I've heard of other farmers who rent a tow behind air compressor (the kind that powers a jackhammer, shown below) and use that large volume of air to blow the dust away. Maybe I'll do that next year. 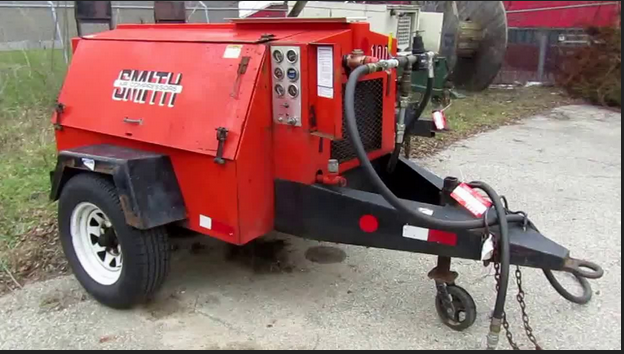 I blew it out with a leaf blower, then used a shop vac and screwdriver/scraper to get most of it out. A tedious job.