Time to Sell the Boom Lift

It's a 2006 Genie Z45/25 with 4400 hours. I had the local Genie shop repair several things on it last spring - injectors, muffler, cam sensor, etc. I haven't used it much, though it was invaluable when I did, so I think it's time to sell it to free up money and space for other equipment. Before doing that that I'll probably have the timing cover gasket replaced.

The money I've spent on repairs, as well as the potential loss from selling it, is probably about what I would have spent to rent one.  On the positive side, I've learned a bit about a different kind of equipment and gone a long way toward overcoming my fear of heights. 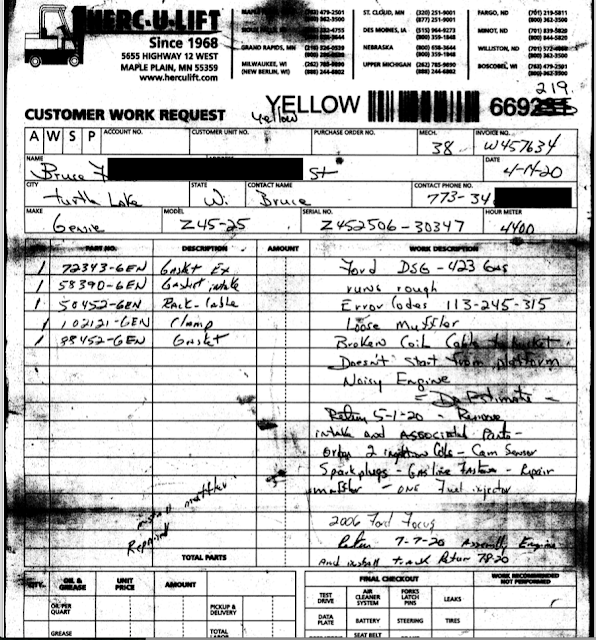 The above work order took about $1800 to clear up. Aside from the gasket, things seem to be running as they should.

One of the few jobs involving the boom lift that I filmed was taking down the old farmhouse chimney.  You can see that, here.