After applying heat, followed by soaking it in PB Blaster failed to free up the moving parts on my rotary hoe, I'm using electrolysis to hopefully get rid of the rust that has seized it up.  If this doesn't work I'll look into buying another one at auction. 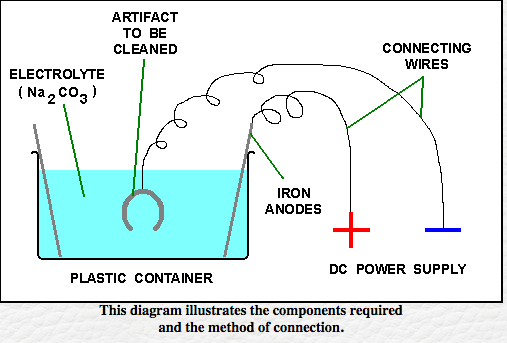 
Chemistry wasn't my best subject; it's a kind of magic that isn't made any clearer by the language/formulas used: