Some of the smaller rocks that we've picked were dumped near the house earlier this summer. They still have a bit of dirt on them, which I'm now cleaning with our balky pressure washer. The motor surges and eventually dies.

The internet has a solution, which has worked, somewhat.


The idle (pilot/lo) circuit in the carb is gummed up. What happens is when the engine achieves the desired rpm's, the governor closes the throttle. At small partial throttle, the engine must run on the idle/transition jets. Since they're obstructed by varnish, it starves for fuel. Rpm's drop, the throttle opens, the engine now draws from the less obstructed main jet, rpm's recover, throttle closes, repeat ad nauseum.

2 choices. Remove the "main jet" from the carb and clean it again (special attention to drillings along the side of the jet), and poke out the idle circuit while you're in there..... Or:

Add "Sea Foam" to the tank at double the recommended ratio on the bottle. The stuff is good at removing varnish, and in a little while the washer should be happy again. 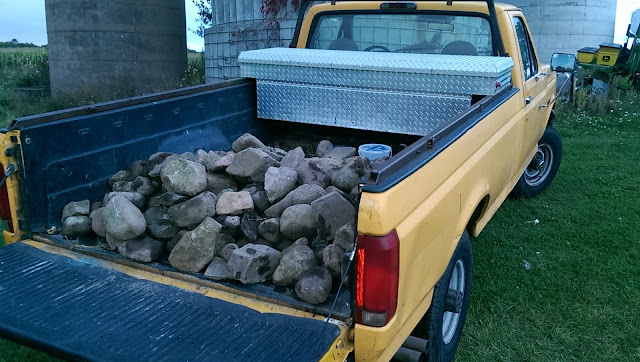 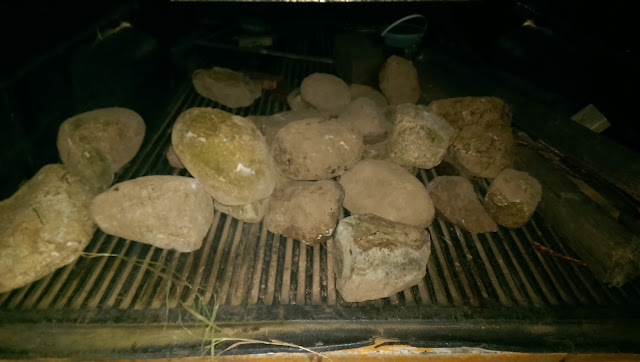 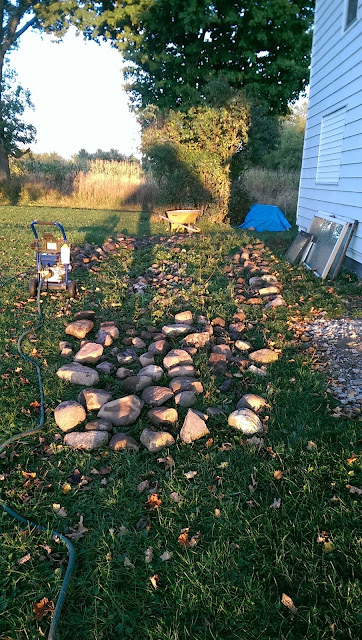 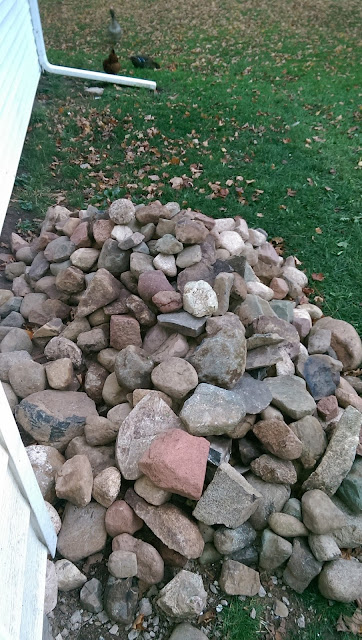 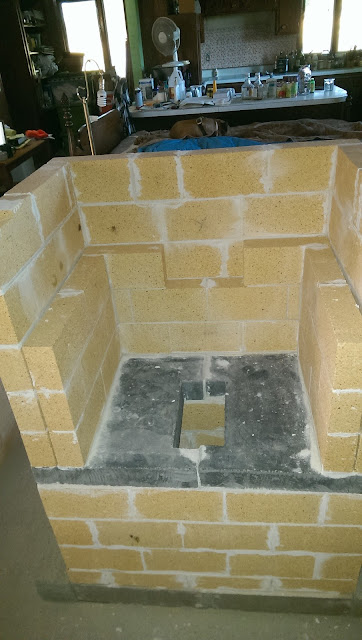 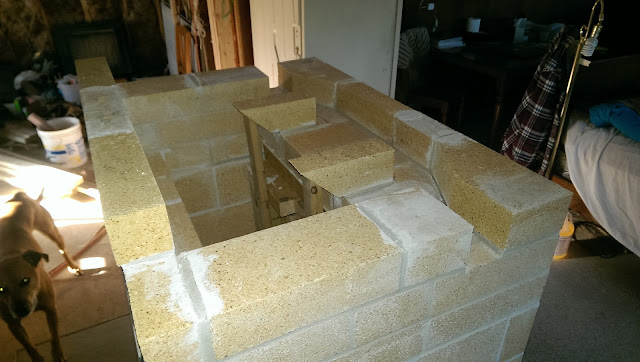 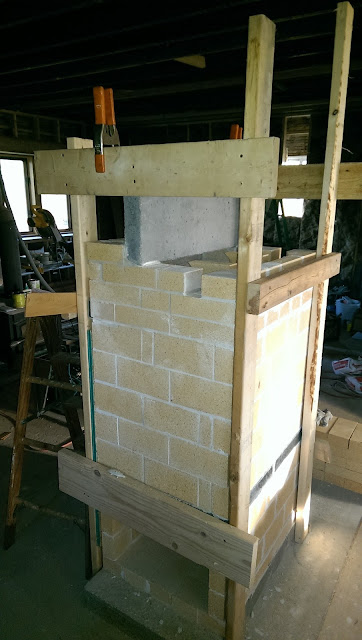 I still have a lot to do on the heater. Finish up the core, another 6 courses, then put the downdraft channels on either side. Next would be building the clay chimney, which is routed through the 6 ft long bench and 9 ft up to the ceiling where it transitions to a double wall metal chimney and goes through the second floor and the attic/roof.

Finally, the whole core/bench gets clad with the field stone.

I was hoping to get a little help from my friend Andy. I'm not sure if he'll be able to do so. In either case it'll be tough to get it done in the next month given all the other stuff that I need to do.

Wikipedia has a good entry on Masonry Heaters if you want to learn more.
Posted by Bruce F at 5:35 PM