Given what we produce and when buyers want it delivered, we need to put up grain bins, as there aren't any here. Previously Dad/Gramps had them when he farmed with a partner, however those bins are being used by the former partner.

Dad/Gramps, using a helpful book written by John Gnadke, a grain bin consultant, came up with a basic design that I'll soon talk to John about getting built.

We want, at least at this early stage, two bins: One, used primarily for beans and oats/wheat, will be 10,000 bushels. The second will hold 20,000 bushels and be used for corn. The bins are made the same, but every year we expect to produce, by volume, about twice as much corn as beans plus oats/wheat. We'd also add a continuous flow dryer to be used on very wet corn and augers/legs to move the grain in and out of, as well as between, the bins.

The concept is to move large volumes of slightly warmed air over the wet grain to ensure the best quality with the lowest energy usage. Click on and read the text in the third image below for more explanation of this.

If you click on any image it will come into better focus. 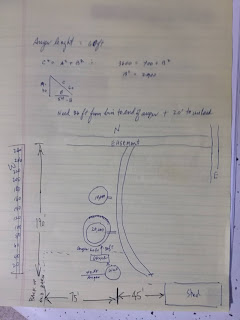 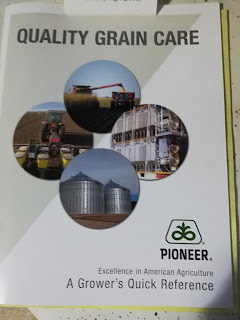 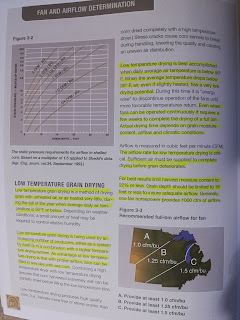 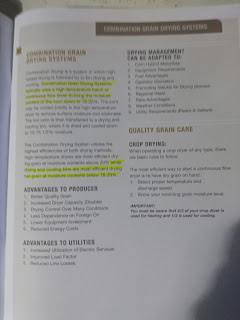