We've upgraded almost all of our equipment crossings in the past few years. Usually this means widening the entrance from the road to the field to make it possible to get larger equipment safely through the ditch, by adding a mix of stone and sand, and if needed, a culvert (or two) to allow water to continue to flow alongside the road.  We're trying to make them all 40' wide to allow for the wide turning radii of both farm equipment and semi-trailers, which we use to haul grain out of the field.

Recently we had two done, the first was a simple matter of dumping the correct fill in the ditch and smoothing it out with the little loader bucket. Dad did a nice job. 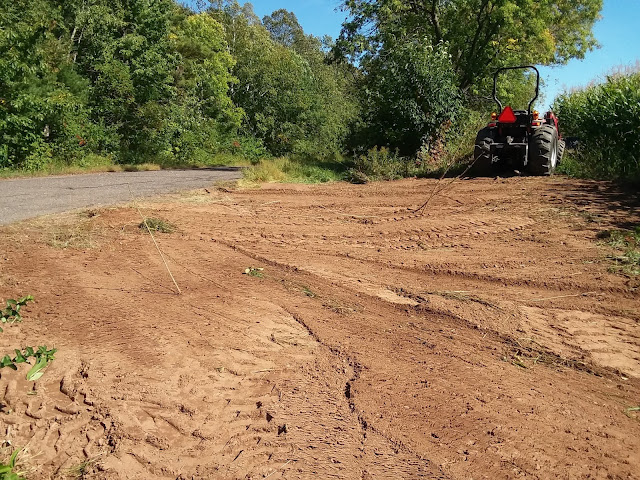 The next one was more complicated, as it crossed Beaver Brook, which is normally 3 feet wide, but can swell up to 40 feet wide after a big rain storm.  Doing anything involving this kind of waterway involves NRCS. They have a design team that works on these kinds of projects; they also pay a majority of the cost. Dad had been talking to them for over a year on building an improved creek crossing, as the one that had been put in less than 10 years ago had washed out.

The design of the new crossing allows for the water to flow over the new precast concrete panels, which are much cheaper than installing culverts. I was told there would need to be two 50" diameter culverts to handle the peak water flow of this stream and I believe we were quoted about $50,000 to build that design. What is drawn below, and what we had installed, was about $22,000. I think that NRCS paid 70% of that. 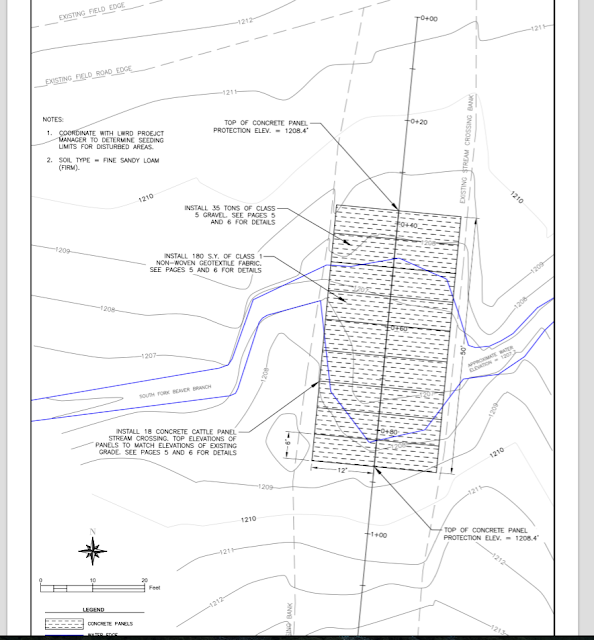 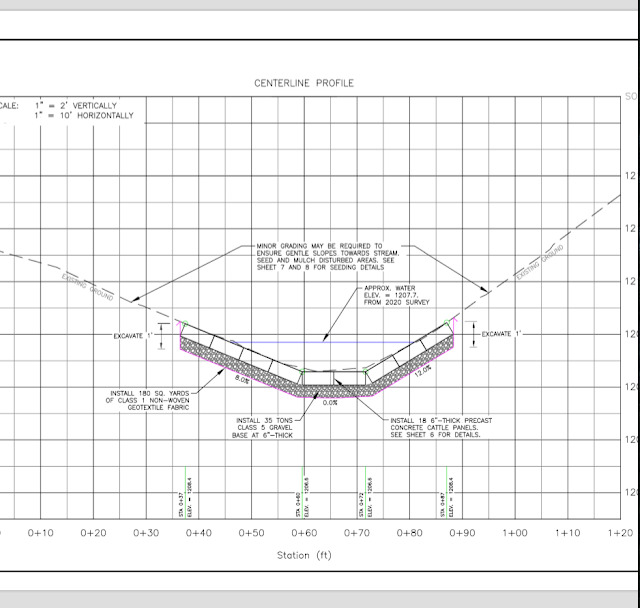 Once everything was approved the crossing was installed in two days by Nick's Excavating. I was the first one to drive on it with the combine. It held up just fine.