I've spent a fair amount of time rebuilding the corn head. I bought it, used, about 4 months ago. One of the first things we did was decide to replace the worn out stalk rolls with Calmer rolls, a fairly expensive upgrade. One of the main benefits of the new rolls is that they'll chop up the old corn stalks so that the following year there won't be so much residue that will plug up my row cultivating.

Before putting in the new rolls we stripped the head down and identified, then repaired/replaced, worn parts. We decided that the Calmer sprockets and gathering chains weren't worth the extra $1000/row. Time will tell; in the meantime we'll use what you see below.

In addition to the things I mentioned in the above video, I did (for the first time) an aluminum stick weld repair on a broken bracket. I believe that bracket, which holds the poly snouts in place where they join the tool bar, was broken as the same time when the last row unit was bent, when the previous owner ran into something (a rock?). 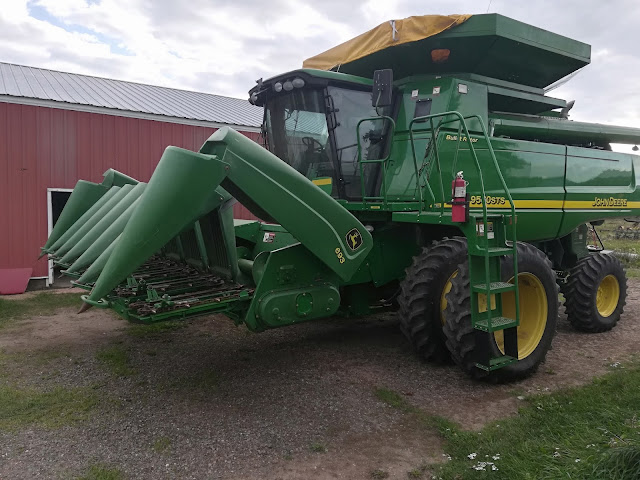 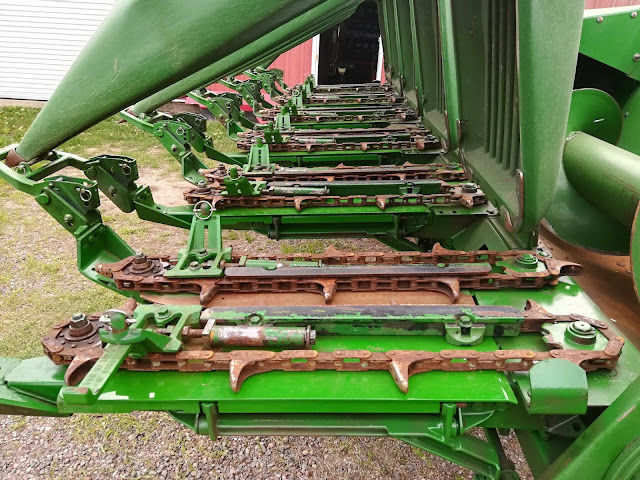 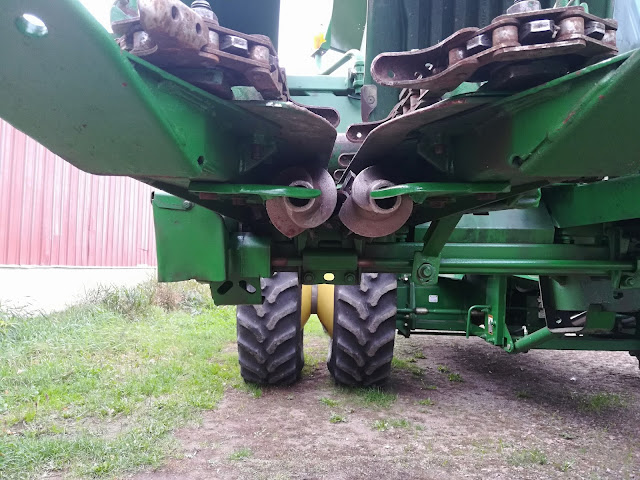 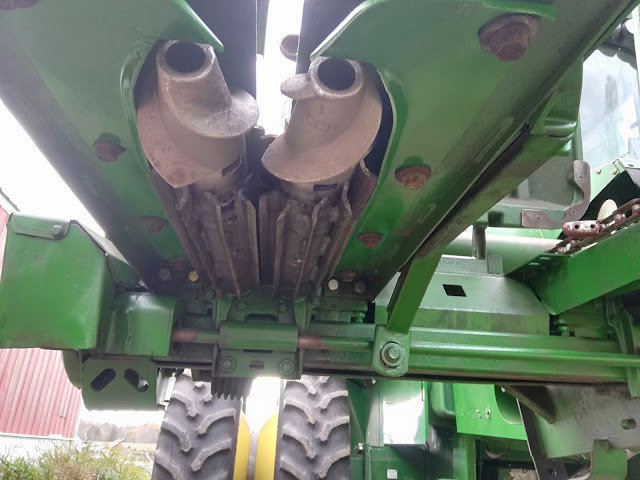 I just have a few small things to adjust, and grease, and then the combine is all ready to go. The corn, approximately 100 acres that will fill about 15 semi trailers (each holding ~60,000 lbs of grain), is just about dry enough to harvest.

The weather is favorable for the next 10 days, so starting in a week we hope to be able to get it all combined and trucked down to Cashton Farm Supply over 3-4 days, where it will be ground and blended to be ultimately sold by CFS as organic chicken feed.

When I had birds up here I would buy CFS feed in 40 lb bags at the local co-op. It costs about 10% more than the standard, Purina, chicken feed. But.... when you open a bag of each the first thing you notice is the smell - The CFS smells like freshly ground corn/polenta. I've said before that it smells good enough to eat. The Purina smells about the same as dog food, vaguely chemical.  Another point on the economics is while corn makes up a substantial portion of the feed, I as an organic producer get twice the price for each bushel I sell, compared to a conventional/chemical corn grower. As I said before, the retail price is only 10% higher for organic chicken feed. Something to think about for any of you out there who aren't organic.

I use my Huawei Mate SE phone to take all the videos and pics seen on the site. Several months ago the battery swelled up causing the screen to crack. I bought replacement parts on eBay and got the phone working again. Couldn't have done it without YouTube.

Unfortunately it looks like I can't embed the video on the site. If you're interested go directly to the video, linked here. I'd never had a phone apart before - they're amazing pieces of equipment.